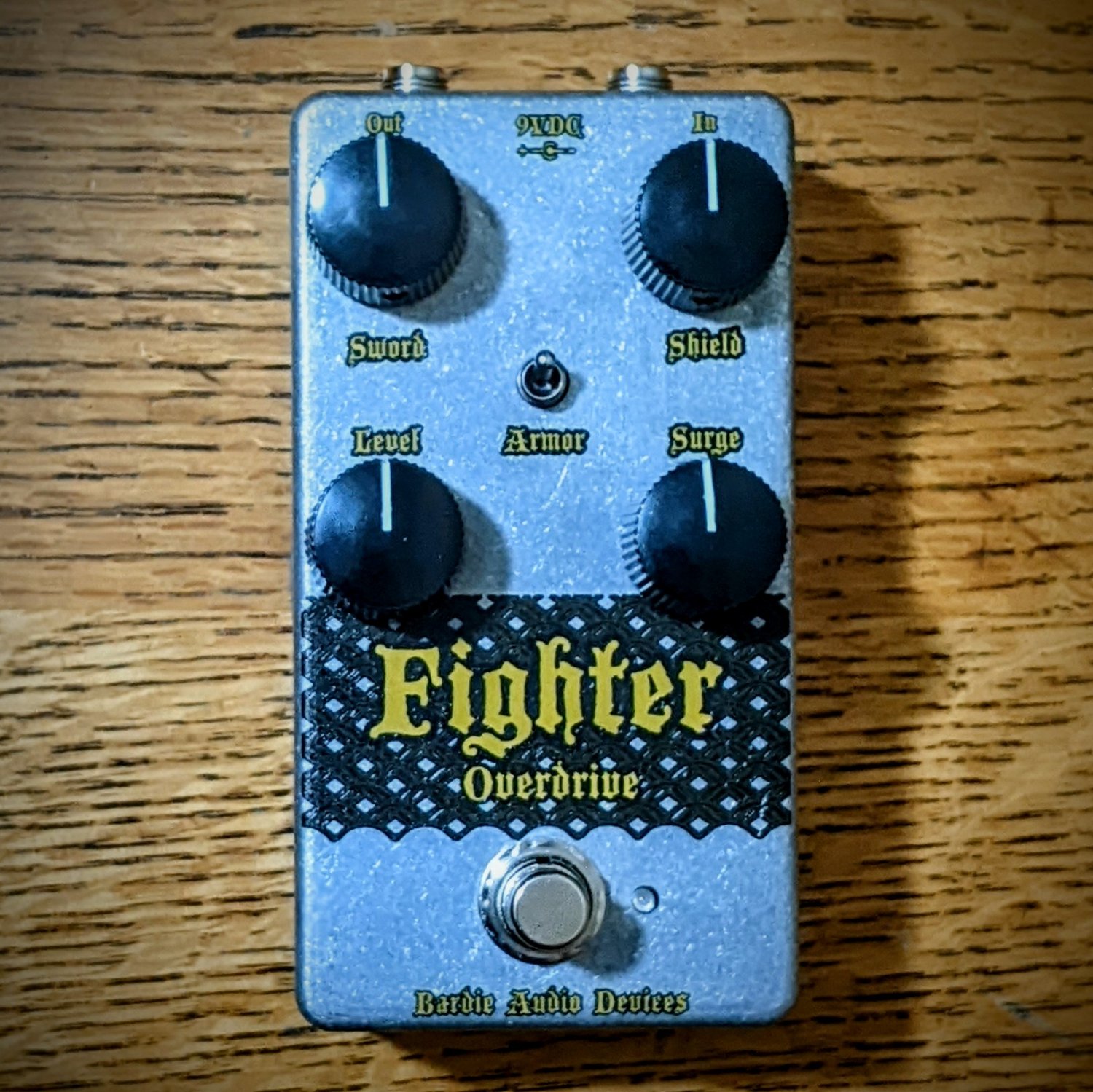 The sixth pedal in the Class Series is the Fighter Overdrive. Fighters are built for slashing and bashing. Simple, yet effective. The Fighter Overdrive follows this same style. The core of the Fighter is the standard green overdrive seen all over the world. What makes the Fighter really stand out, is it's ability to effectively slash and bash the front end of your amp. Instead of the standard tone control, there are active bass and treble controls that act as your sword and shield. There are also three unique clipping modes; asymmetrical MOSFET/LED, op-amp, and asymmetrical silicon. Whether you need a low gain preamp or a pedal capable of driving your amp, the Fighter is here to smash.